Pilot Charts show probabilities of wind strength and direction for a particular location and time, to help plan optimal sailing routes. Historically, these charts were derived by manually collating the logs of thousands of vessels transiting the oceans over the last few hundred years.

Below is an excerpt from a traditional pilot chart for a portion of the southern Pacific ocean during the month of February. Each windrose covers a 5°x5° area. The length of the barb indicates the percentage of time the wind blew from that direction, and the barb style indicates the strength of the wind. 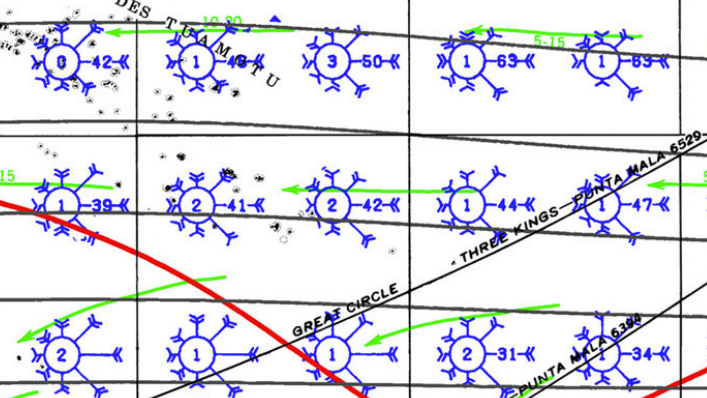 DeepZoom does the same thing on steroids. Instead of using the ship historical data, DeepZoom uses satellite derived wind strength and direction information displayed as a polar histogram.

The Pilot Charts layer lets you plan a route based on historically measured wind speeds and directions. This layer shows a probability windrose on a color coded background. The background shows mean historical wind speed along with arrows showing mean wind direction for each 14 day period.

Here’s a trip showing how Columbus travelled to the Bahamas on his first voyage. The bar from due east ending in the number “42”, indicates that the wind was blowing from that cardinal direction 42% of the time. The wind was under 20 knots about 40% of the time, and there was an easterly component virtually all the time.

Columbus was likely sailing straight down wind most of the westward voyage. 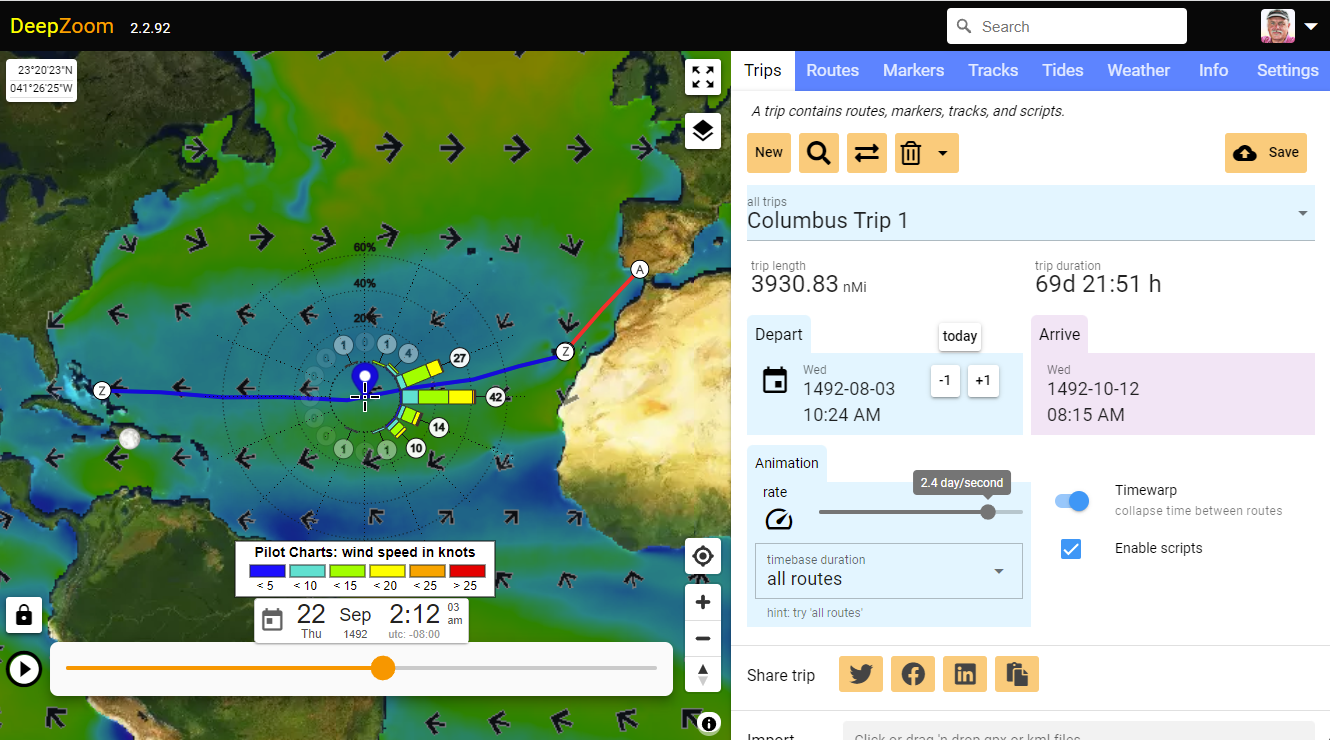 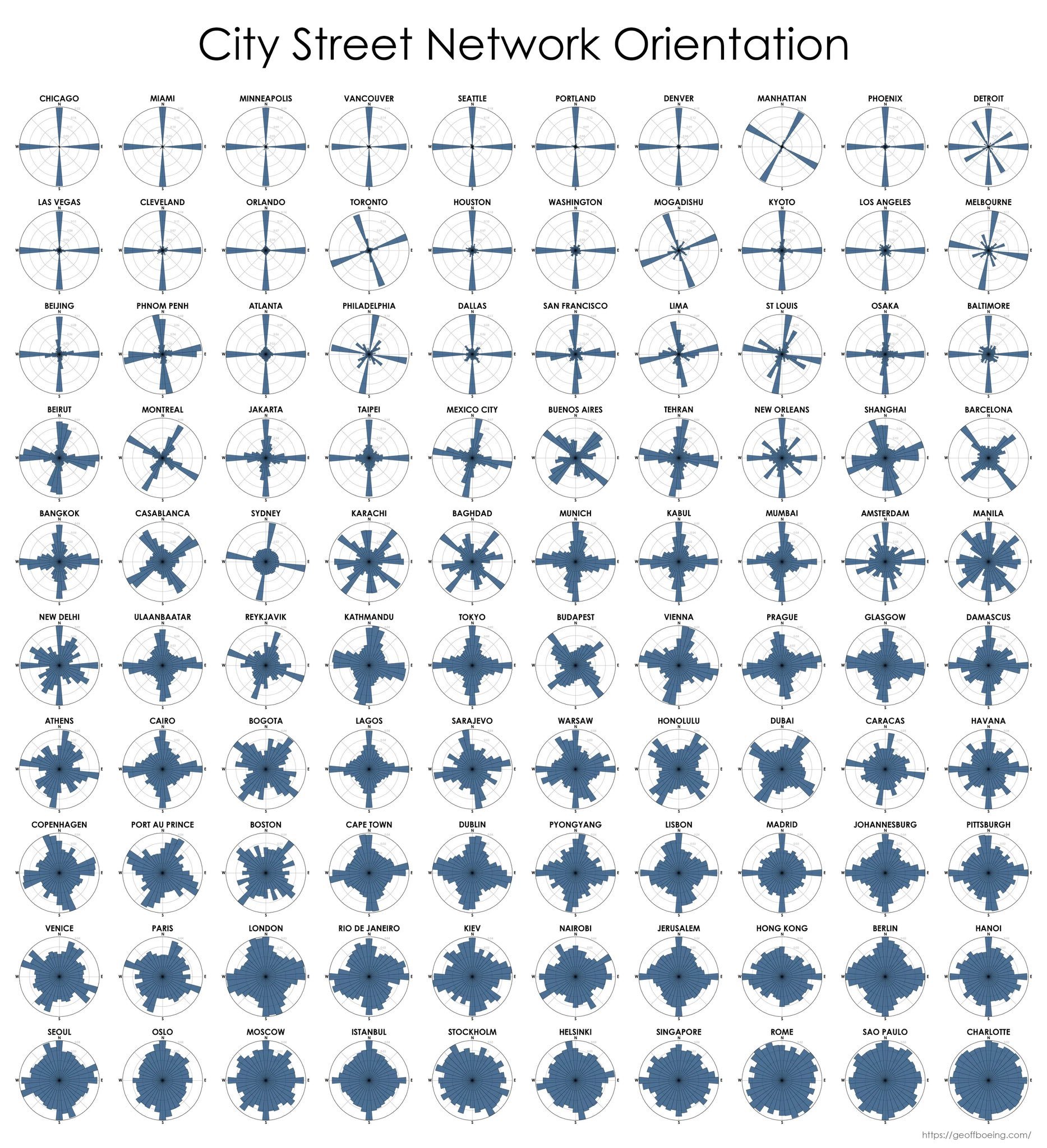 You May Also Enjoy

Rich Media I’m a daily user of Wikipedia and Twitter. And I’ve long imagined adapting the spirit of these innovations into DeepZoom, creating an authoritat...

I promise to not clutter this blog with non-DeepZoom deviations into politics or religion. But since the following topic consumes ~10% of my total brain capa...